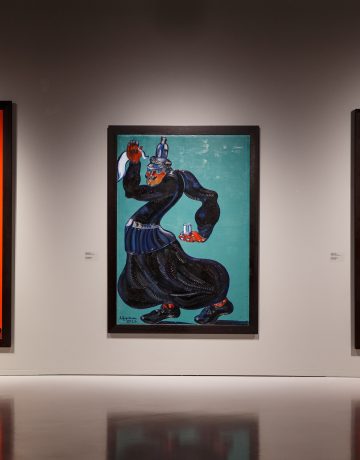 The Moscow Museum of Modern Art, together with the Heydar Aliyev Center and the Russian Academy of Arts, present the exhibition Possible Dimensions. The project will continue the series of anniversary exhibitions celebrating the Russian-Georgian artist Zurab Tsereteli, timed to coincide with his 85th anniversary.

Possible Dimensions represents Zurab Tsereteli’s fruitful creative career, including works influenced by his encounters with the world-renowned maestros Marc Chagall, Pablo Picasso, and Robert Rauschenberg. The project brings together more than 30 works from Moscow, Tbilisi, and London, including paintings, sculptures, and enamels that cover the artist’s long career. A play with time and reality, the fantastic and the common: viewers of the exhibition in Baku will see the diversity of the themes of Tsereteli’s works.