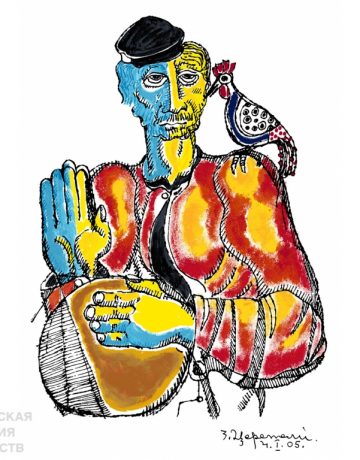 Magic Realism: Solo Exhibition of Works by Zurab Tsereteli in the City of Stary Oskol

Staryi Oskol Museum of Arts presents a solo exhibition of the President of the Russian Academy of Arts, People’s Artist of the USSR and RF, UNESCO Goodwill Ambassador Zurab Tsereteli, showcasing the artist’s 75 3D enamels, graphic works and easel sculptures.

In 2019 and 2020, solo exhibitions in honour of the 85th anniversary of Zurab Tsereteli have been of great success in London, Baku, Vaduz, Geneva, St Petersburg, Saratov, Samara  and many other  cities of Russia. The art of Tsereteli is distinguished by a pictorial and energetic environment typical for the so-called “magic realism” movement. The past comes into contrast with the present, minor details obtain an almost sacral importance. The visual ellipsis of an artwork allows the viewer to determine which is more relevant to the world structure – the fantastic or the real. In the artist’s works there are often unexpected combinations and transformations of various objects, animals, birds and architectural constructions shaping the bright plaster image of the canvas as a whole. Each of his works has many dimensions and spatial breakthroughs which go beyond the boundaries of the plane but at the same time remain in harmony with it.

Tsereteli enthusiastically comprehends the plastic nature and metaphysical essence of the objects depicted. He builds a complex system of hints and associations, uses a direct and allegorical meaning of things to generally narrate the human existence, various fates and the beauty of life.